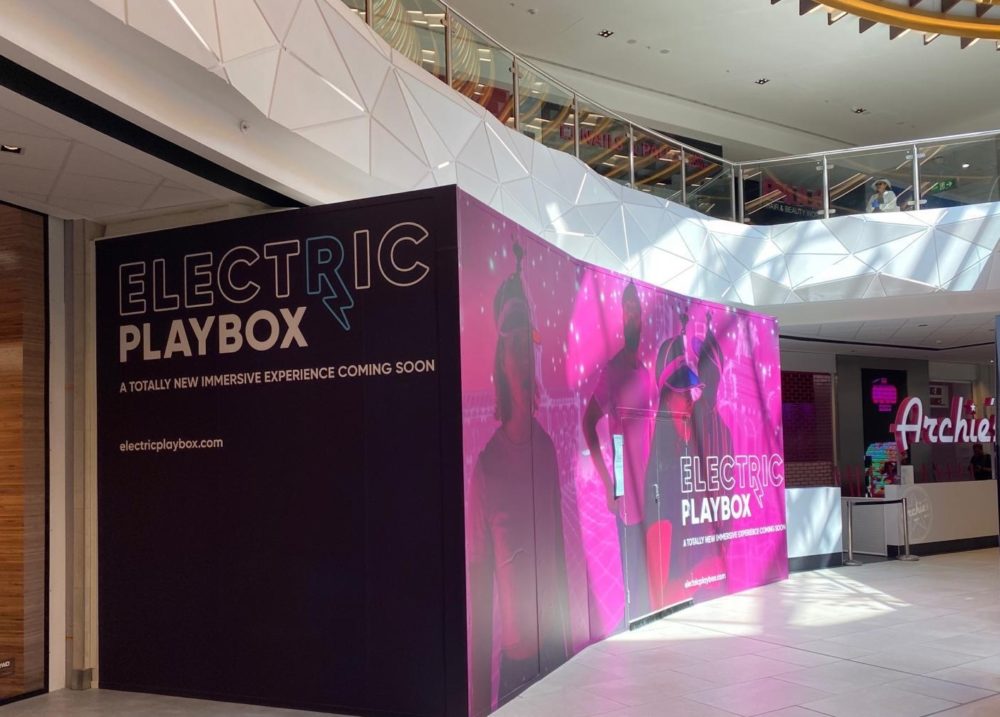 AS Retail have advised exciting new immersive gaming concept Electric Playbox, originally known as Electronic Theatre, on the acquisition of their second site in Manchester.

Located within Halle Place at Manchester Arndale, Electric Playbox have taken the unit next to the highly successful independent restaurant Archies with the unit comprising circa 3,200 sq ft.

The property is currently being fitted out in readiness for opening at the beginning of August and it promises to bring a new social entertainment experience to Manchester which can be enjoyed by friends, colleagues and families alike.

This is Electric Playbox’s second site, the first being in London’s Southbank close to Southwark station which opened in late 2019 and was also acquired by AS Retail. It has proved highly popular with the initial two experiences of Alien Aptitude Test and Rescue the Royals being great fun. Other regional sites planned over the coming months.

Andrew Shepherd, Director at AS Retail who conducted the negotiations commented ‘It’s been a pleasure to work with Electric Playbox on introducing their concept into the market and are delighted to have secured this excellent site for them. The neighbouring restaurants in Halle Place will be highly complimentary and we very much look forward to seeing it opening soon. The AS Retail team had their Christmas party at the London venue last year and we had a great time – get yourselves booked in Manchester!’